How To Perform A Marriage Ceremony In Nebraska 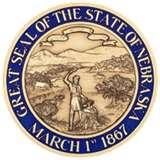 How do you get ordained to perform wedding ceremonies for your friends and family in Nebraska? Getting ordained is simple, legal, inexpensive and takes just a few minutes! Click here to get started.

Ordination as a Marriage Officiant and ceremonial minister complies with all state and local laws in Nebraska and is valid and accepted throughout the United States and everywhere around the world!

The laws in Nebraska make it unnecessary for persons performing marriage ceremonies to file their credentials with any state or local agency, but you must hold a current and valid minister's license  to perform such rites; in addition, you must present your credentials to any legal authority and/or the parties to the marriage upon their request.

In Nebraska, ordination or investment by the Church gives each clergy member the authority to perform the marriage rite. Nebraska and local officials in the state are removed from any responsibility for verification of minister credentials. Nebraska does not maintain a central registry of members of the clergy, and you are not required to undergo any specific formal training.

Not a resident of Nebraska? Nebraska does not restrict legally ordained non-resident Marriage Officiants from performing wedding ceremonies anywhere in the state.
Ordination Fee: We offer low-cost ordination that is valid and accepted throughout the United States, including Nebraska, for a nominal fee that covers our basic printing costs, which is generally a fraction of how much you can earn by performing just one ceremony!
All state-required forms and documents are included in all packages. In addition, any fees paid may be tax-deductible as a work-related expense. (Consult with your tax professional for more information.)
To view ordination credential samples, please click here.

Ready to get started?

Get Legally Ordained In Nebraska

Please enter the full, legal name of the person being ordained as it should appear on the documents.


Did you spell the name correctly? Are you 100% sure? (Just checking!)
Are you a doctor, or do you hold a professional title? If you prefer, you may enter your name as "Dr. Jean Smith" or "Robert Jones, Ph.D."

Each ordination level complies with all federal, state and local laws and is accepted throughout Nebraska for resident and non-resident Marriage Officiants.

Includes personalized ordination certificate, letter of good standing, minister credential ID card, Nebraska marriage law guide and all required forms and documents.
Unlimited ordination permits you to perform an unlimited number of ceremonies in Nebraska and throughout the United States without restriction during your ordination term.

Includes personalized ordination certificate, Nebraska marriage law guide and all forms and documents required to perform one marriage ceremony only anywhere in Nebraska.

FAST DOCUMENT DELIVERY! In a rush? Order a PDF* copy of your key ordination documents for only $6.95. PDF copies are sent via Hightail generally within one business day. (You will also receive the complete set of printed personalized documents via your preferred shipping method.)

[OPTIONAL] INCLUDE PDF COPY VIA EMAIL:

ALL INFORMATION IS CONFIDENTIAL AND WILL NOT BE SHARED WITH ANY OUTSIDE PARTY.